The American psyche has a complicated relationship with robots.

On the one hand, we love robots. When we think about our happier futures, friendly, helpful robots are often envisioned beeping and bopping in the background, quietly improving our lives. Rosie from “The Jetsons,” the “Danger, Will Robinson!” bot from “Lost in Space,” “WALL-E,” Johnny 5 from “Short Circuit,” R2-D2 (C-3P0 and BB-8) from “Star Wars” — popular culture is filled with robots we love.

On the other hand, when we think about the not-so-happy future, robots are also present. In this potential world, they aren’t background players so much as the main antagonists. Agent Smith from “The Matrix,” Skynet from the “Terminator” franchise, Ash from “Alien,” the ship from “WALL-E” — when humanity envisions artificial intelligence (AI) going bad, we envision it going so apocalyptically bad that our tools rise up and enslave us.

That tension can be felt in the world of robotics and AI development today. Elon Musk rather famously told Bloomberg’s Ashlee Vance about his concerns that Alphabet could have perfectly good intentions but could still “produce something evil by accident.” Among those possible accidents: “a fleet of artificial intelligence-enhanced robots capable of destroying mankind.”

No one ever accused Elon Musk of lacking in dramatics.

Notably, Musk is a proponent of caution — not abolition. As far back as 2015 he believed the robot-enhanced future was coming. Professionally, he’s banking on it in some sense, since he’s the mind behind a coming fleet of automated electric cars and trucks. Musk said regulators and everyday citizens aren’t thinking enough about it, because robots powered by AI are not yet part of their day-to-day lives — apart from the occasional Roomba interaction.

But that may be about to change. AI-enabled robots are beginning to make their first public appearance and get assigned their first tasks. This week at The International Consumer Electronics Show (CES), the world got a look at bots both great and small with a wide variety of functions.

The robots are, in fact, coming. But, so far, so good — since, so far, they aren’t focused on destroying mankind.

Walmart shoppers in select locations will soon get the chance to meet Bossa Nova. Resembling a rolling trash can with a six-foot beam, the bot roams the aisles, illuminates shelves and snaps photos — collecting images of 80 feet of aisle space within two minutes and sucking up 2 terabytes of raw data, all while scanning a 100,000-square-foot-plus store. 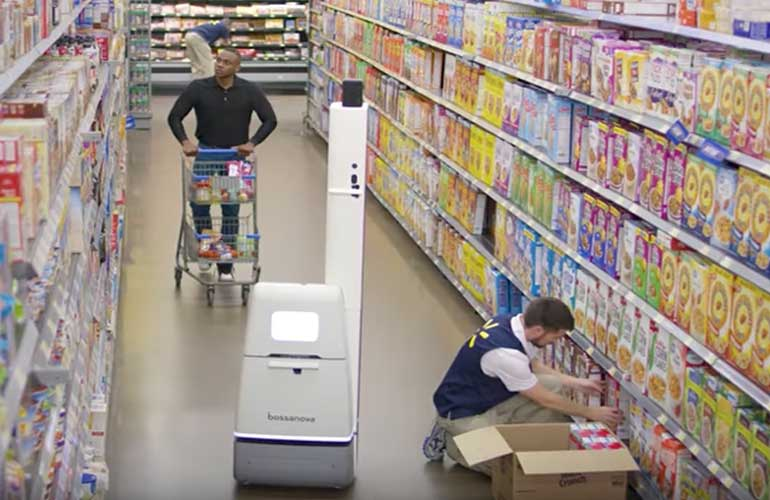 The robot checks to make sure products are arranged in the right order on the shelves. When errors or empty shelves are discovered, Bossa Nova sends a meesage to a human worker, who is summoned to do the restocking (manipulating goods is a complex mechanical task still under development, so a human worker is needed to handle products).

In that sense, he really is the Boss.

They tend to be fascinated by the bot and attempt to ride on it or touch it, which disrupts its sensors and overwhelms its motor. Walmart says it’s testing ways to discourage young people from interacting with the robot.

The ARMAR-6 robot is a joint project between the chain and several universities in the U.K. and Switzerland and is part of a broader EU-funded project to develop collaborative robots to work with human beings.

The ARMAR-6 has a humanoid torso, head and arms. It rolls around on a base with wheels. Via cameras, it can locate objects, and its hands are sufficiently developed to select an item and hand it to a human worker. 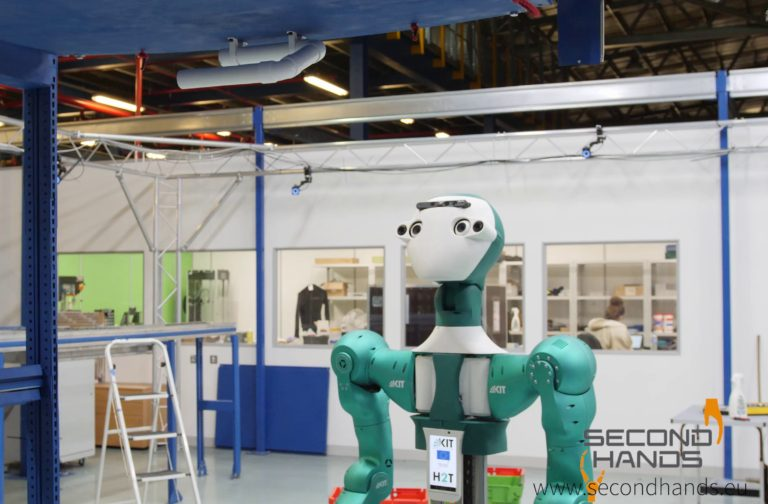 While ARMAR-6 may look a bit more futuristic than its boxier Walmart companion, this robot is not quite ready for prime time. Reportedly, ARMAR’s movements remain slow and “hesitant,” and it can only do actions that are preprogrammed in advance.

It could also use a new name.

One way to make bots seem like a less threatening option in the future is to make them smaller and cuter. BUDDY from Blue Frog Robotics (see below) can control smart appliances, be assigned sentry duty, wake up household members and offer them reminders of what’s coming up in their day.

He will also look adorable while doing it. 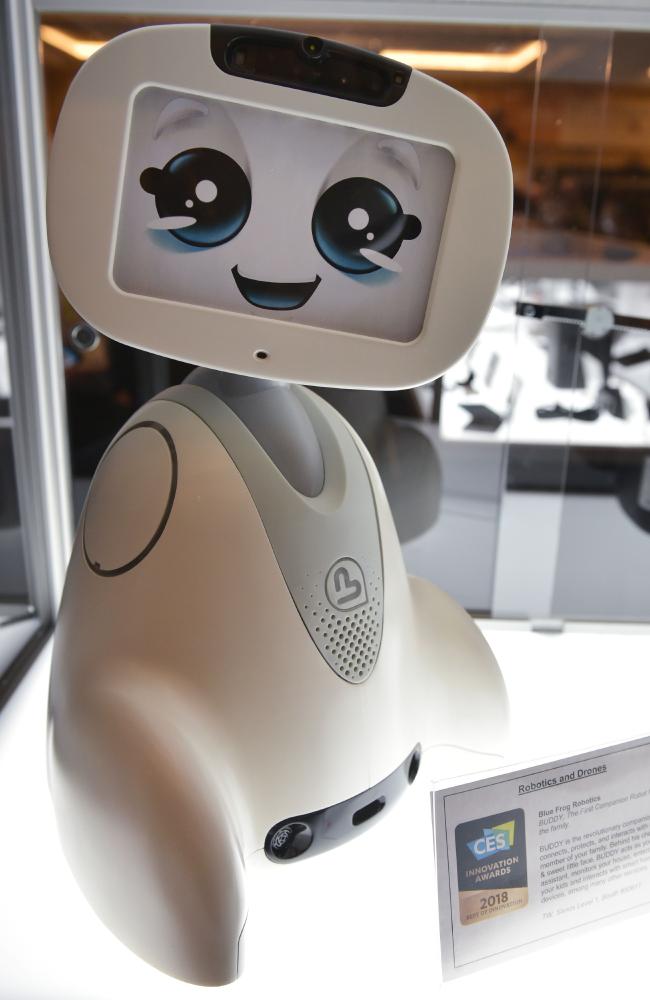 Buddy, however, is not a cheap addition to anyone’s family. Its retail price is said to be $1,500.

The mechanized dog has OLED eyes, a webcam nose, more than 4,000 parts and 22 actuators for more realistic movement. 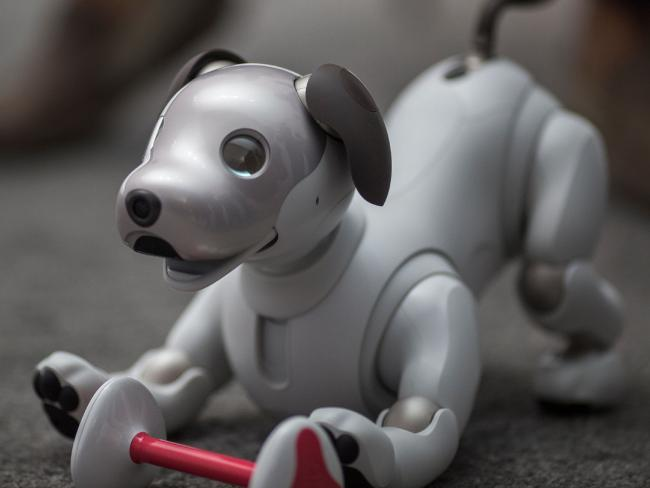 However, Aibo is an expensive puppy — clocking in at around $1,800 — and is only scheduled for launch in Japan.

Then again, Aibo is a one-time investment. No vet bills, expensive trainers or dog walkers to employ.

LG had something of a bumpy year in electronics; its small CLOi series commercial robots had a glitch demo on stage, and its larger-scale robots were met with something of a chilly reaction.

The larger Guide Robots have been out in the wild for the last six months at South Korea’s Incheon International Airport. In that time, the five units have interacted with about 2,500 people. 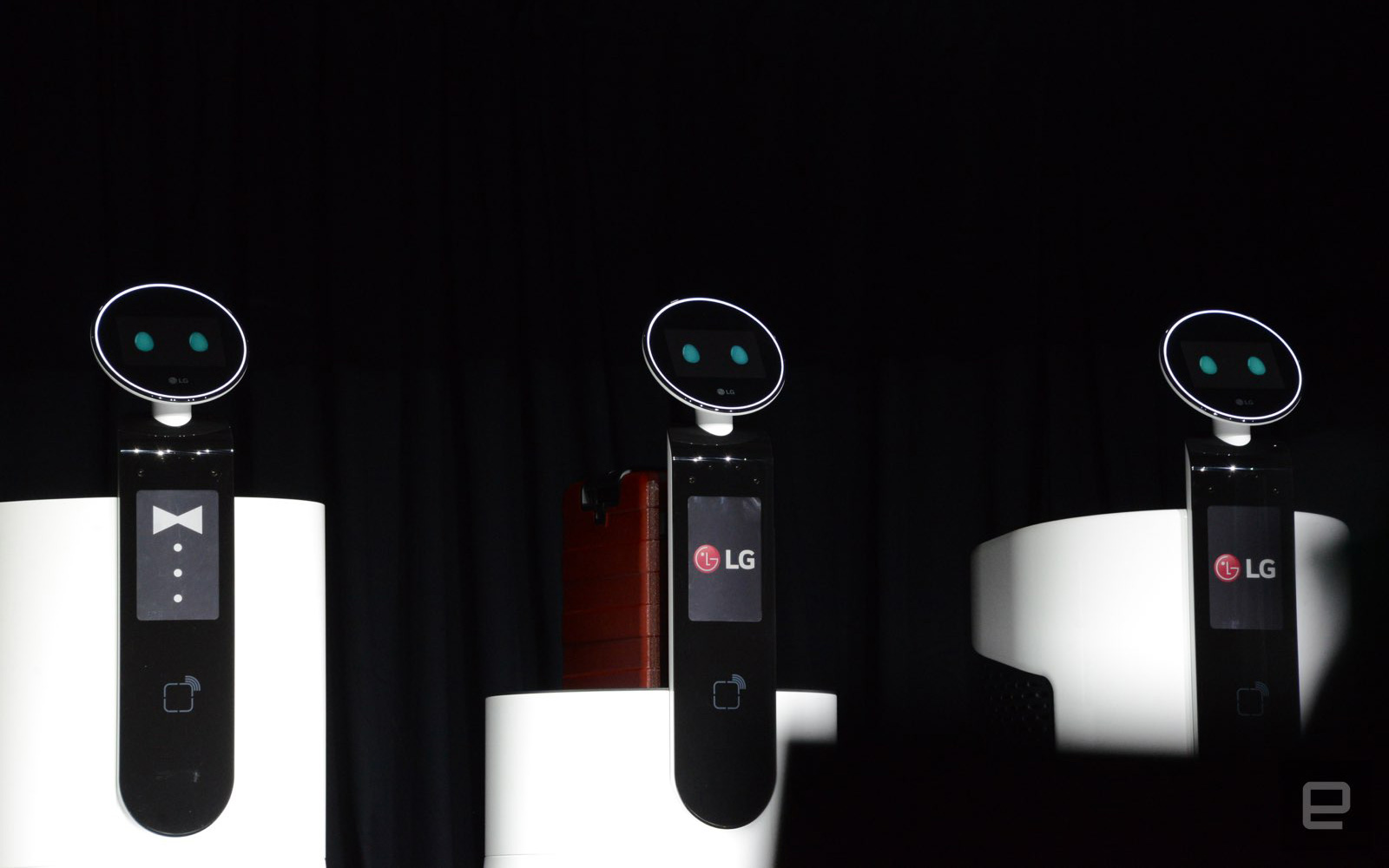 But LG has noted something strange: People aren’t talking to the robots. Even though the bots are voice-equipped and “speak” several languages, only about a quarter of people try talking to them. Most just use the touchscreen on the robot’s chest.

Likewise, just as few people let the robots guide them to their destination; they receive instructions but decline the offer for guidance.

“There are still psychological barriers in using voice recognition and also following robots around for directions,” LG’s Head of Research for Life Robots Jaewon Chang told a reporter at CES. “They feel this awkwardness and some degree of hesitation.”

Or maybe the awkwardness is because these robots don’t look very friendly.

Speaking of awkwardness — and things that should make everyone hesitate…

While all sorts of useful bots were on display, there was at least one bot at CES that served no purpose — though it’s hard to fear it would destroy mankind.

Sapphire Gentlemen’s Club introduced the world to robotic strippers — though what a robot strips off is hard to say, since robots don’t normally wear clothes. 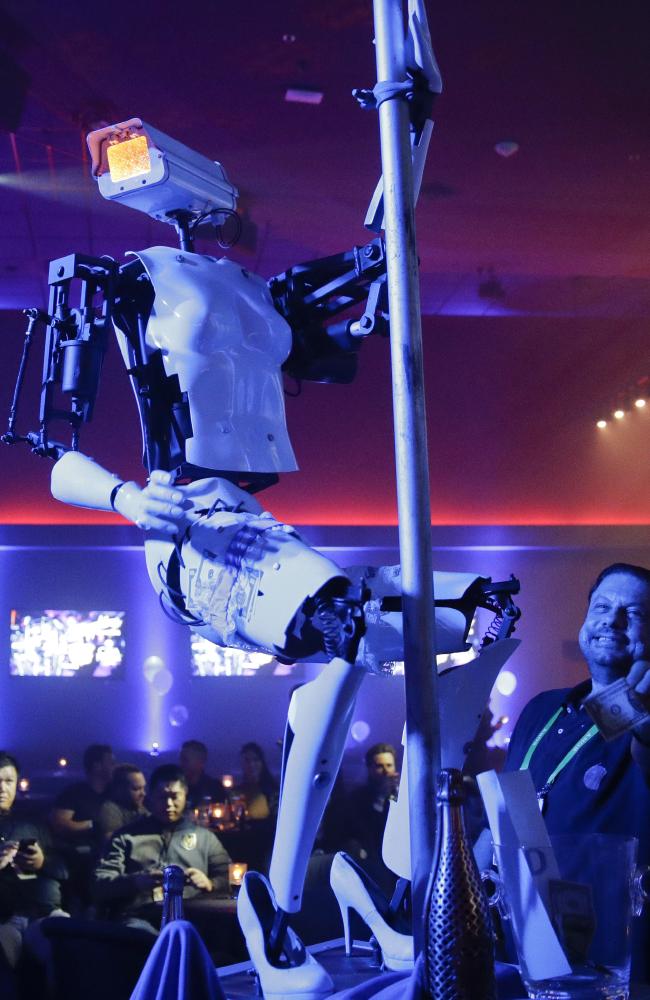 English scrap metal artist Giles Walker was the force behind the robotic strippers, saying the two pieces were a statement about “how everyone is being watched.”

We’re not sure if the gang at the strip club necessarily got the message when the bots made their debut.

So, what did we learn this week?

The robots are coming — though fears that they’ll take over the world are greatly exaggerated at this point. Before the fleet of mankind-destroying, AI-enabled robots can get to work, they’re going to need to first be able to spontaneously pick up stuff and look friendly — so far, that’s a work in progress.

But that doesn’t mean it’s not worth watching or wondering about. After all, there are now robot strippers in the world, and apparently people are excited to see them.

Perhaps soon we’ll all be saying, “Yes, there’s a bot for that.”

Gympass Embraces Digital 3.0 In Its Aim To Buff Up Housebound Consumers

Why Payroll Deserves A Seat At The Payments Innovation Table